Our South Treatment Plant in Renton recently underwent the equivalent of a heart transplant operation.

Raw sewage pumps function as the heart of a treatment plant,  providing the power to move wastewater into the plant, and South Plant replaced three of them — each orchestrated by a skilled team.

The pumps had been in service for over five decades. They were reliable and easy to operate, but inefficient and energy-intensive.

Project manager Bill Olwell said, “It is amazing that they are still up and working after 50 years. But that is how we make the system sustainable. We pick high quality, reliable equipment that works for the life cycle of the plant.”

Six raw sewage pumps occupy the bottom of the three-story room that houses the entire system of pipes, pumps, motors, and drives. 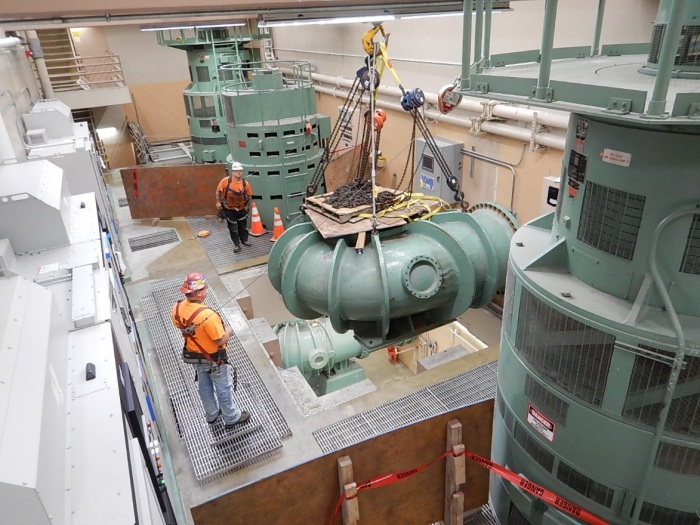 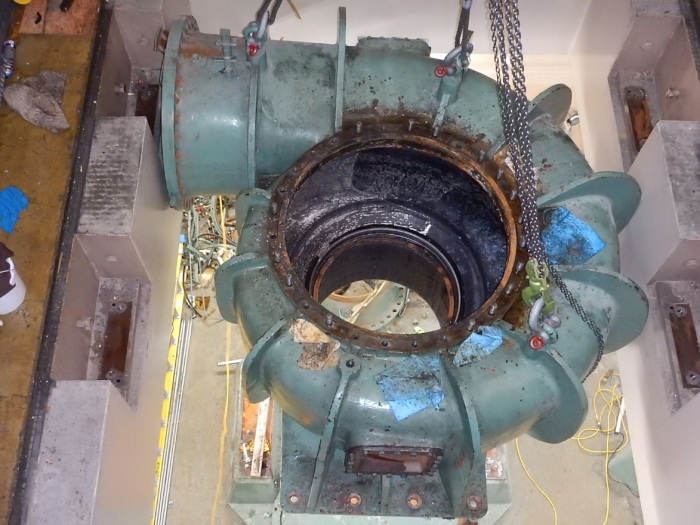 The old pumps were lifted up and out to make room for the new pumps.

Planning for the replacement project began in 2012 and the project team was made up of a diverse group of experts. Over 100 people were involved, including project managers, operators, construction managers, supervisors, contractors, and energy analysts.

Construction began in 2015. The raw sewage pumps are critical to South Plant being able to clean water, and the project was complex and high stakes. 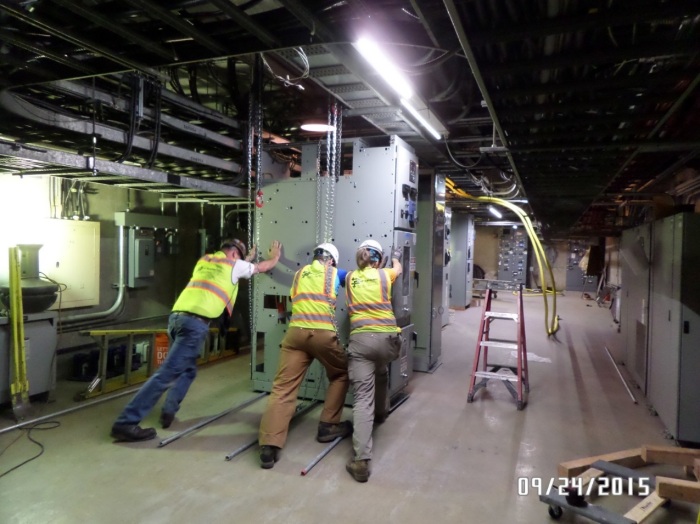 During pump removal and replacement, the construction team put temporary switchgear in place to provide electricity while the existing switchgear was replaced.

As the start of construction approached, the project team came together. When the date arrived, they were ready for the unexpected and had a clear strategy to keep the plant in continuous operation. The construction team had done extensive review of the equipment and wiring. They would take the electrical gear and split it into two blocks. They would offload half of the gear, demolish it, and replace it in a complex series of moving electrical sources and pumps. That temporary equipment would maintain a minimum level of service and redundancy.

Construction began. A block was decommissioned, then another. Despite their best plans, the team found the bypass system wouldn’t work the way they set it up. Several times, they found the wiring and controls that power the equipment was not what the construction team anticipated. But the team had planned for the unexpected. They had to cut electricity to the switchgear to unravel the problem. They carefully assessed the new conditions, stitched the controls together, and kept moving forward. The new pumps were lowered into place. The team finished early, in March 2017. And there were no unplanned outages. 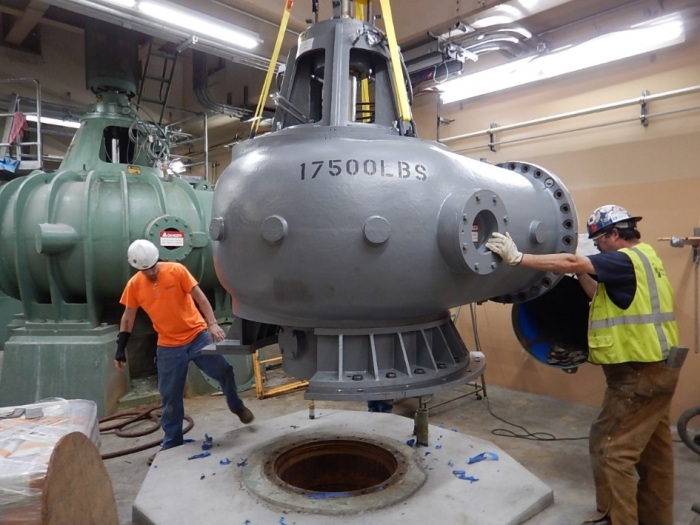 These complex projects take skilled, dedicated teams. More than 100 employees dedicated over 30,000 hours on this project to give the raw sewage pumps a new, energy efficient life and to help South Plant’s most vital equipment keep pumping.