Anyone who’s ever started a new job knows there can be a lot to learn for the first few months – or even year. When you tackle the learning curve, you have to learn a lot of new faces and names, procedures, and most importantly, your responsibilities.

“I wanted a new challenge”

Mark Isaacson had a head start when he was hired as Director of King County’s Wastewater Treatment Division (WTD) in October 2016. Mark knew what it was like to work in the County on clean water and environmental issues. Previously, Mark spent 11 years as the Director of the Water and Land Resources Division. He had even worked in WTD in the late 90s, spearheading an employee idea program. 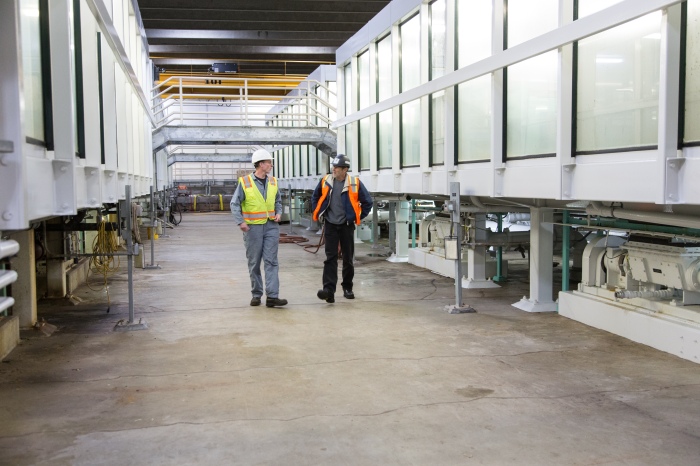 Even though Mark was familiar with WTD’s business, he knew learning all the ins and outs would be a challenge – but it was one that he was excited about.

It can be challenging to learn “what we do” at our large, regional utility, because there’s so many things we do – and many facilities and projects in our system. WTD employees work in a wide variety of jobs – often technical and complex.

He might be the boss, but he’s also the new kid on the block

Mark introduced himself to over 650 employees at four big meetings. He traveled to our downtown Seattle office and treatment plants in Seattle, Renton, and Woodinville. Everyone had a chance to talk to Mark in person and ask him easy or tough questions – even “Are you a Husky or a Coug?”

Mark started to tackle his learning curve in on-the-ground operations by job shadowing operators and mechanics at our wastewater treatment plants.

“I thought it was important to get out of my office and into the field,” says Mark. “Meeting people where they’re at can be a great way to learn what they really do and the daily challenges they face.” 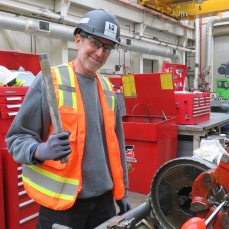 Mark job shadowed operators and mechanics to better learn what they do and the challenges they face. 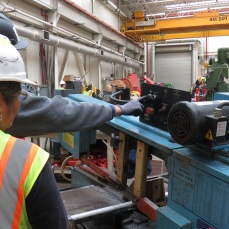 “Meeting people where they’re at can be a great way to learn what they really do.” 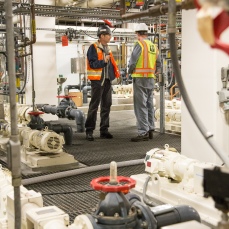 Mark job shadowed operators and mechanics to better learn what they do and the challenges they face.

While Mark hit the ground running, the challenge would mount quickly. Heavy rains combined with an equipment failure at King County’s West Point Treatment Plant on February 9, 2017 resulted in unprecedented flooding and damage.

After just three months on the job, Mark found himself leading an agency grappling with a major infrastructure crisis. He needed to make big decisions to support the recovery of the treatment plant and work with employees, elected officials, other agencies, and media.

Watch Mark explain in his own words

why he wanted to work at WTD, what he thinks is important in leading people through crisis, and how our utility is going to move forward into the future.