Project teams working at King County’s Wastewater Treatment Division (WTD) begin community outreach on sewer projects with a conversation about something people can’t see: the wastewater treatment system.  As long as everything’s working right, sewers are out of sight, out of mind.

When communities first learn that WTD is planning a project in their area, they are often surprised to learn that King County has sewer pipes and facilities in the area.  Project teams have to start by helping people “see” the underground system and understand the problem a project will fix.

Fifty years have passed since the City of Seattle’s North Beach Sewer District treatment plant was brought into the new regional wastewater system. The treatment plant was converted to a pump station that sends wastewater toward West Point Treatment Plant.  Few people remember the old treatment plant, or the additional pipes outside the plant service area that carried raw sewage straight into Puget Sound.

In 2009, a WTD project team showed up in North Beach to talk about fixing a pollution problem. Few knew that when heavy rains filled the sewer pipes, two outfalls discharged mixed stormwater and wastewater, acting as relief valves to protect homes and streets from backups. Neighbors and visitors hiking between Carkeek and Golden Gardens Parks at low tide saw the old treatment plant outfall extending into Puget Sound. They walked across a creek, flowing from a storm pipe under the railroad tracks. 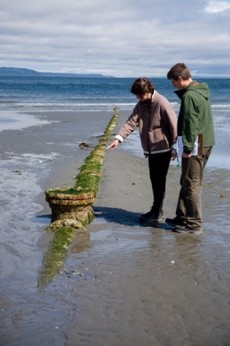 The “deepwater” outfall at North Beach

Outfall 48b, or the Beach Outfall

Few knew that when heavy rains filled the sewer pipes, those two outfalls discharged mixed stormwater and wastewater, acting as relief valves to protect homes and streets from backups.

Once people realized that downpours could send polluted stormwater and sewage streaming across their beach and bubbling up in the nearshore, they realized action was needed.  Community members supported a storage tank built under the street surface as a way to protect the beach and Puget Sound from pollution by WTD’s North Beach CSO Control Project team.

During design and construction, the project team provided opportunities for the public to see into the underground system.  They offered tours of the below ground North Beach Pump Station, which even long term residents had never seen.  One former neighbor came all the way from Edmonds to attend a tour.  Back in the day, his father had offered operations crews a box of fresh donuts in exchange for a tour of the facility next door to his house. People appreciated seeing the facilities that were serving them, and learned ways they could protect the sewer system. 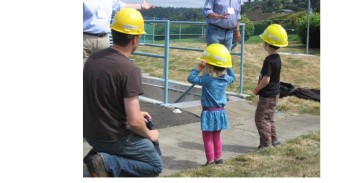 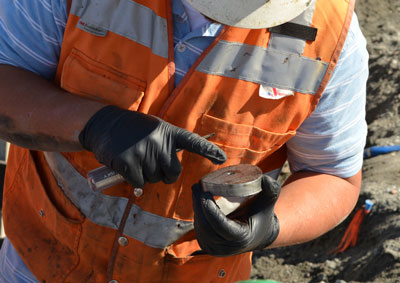 Examining a sample cored from the pipeline in the tidelands

People got another chance to learn about the system when WTD evaluated the pressure pipeline that runs in the tidelands from North Beach Pump Station to Carkeek Pump Station. The team shared information and photos of the pipe under the sand. Neighbors walking the beach stopped to peek at the pipeline from beyond the construction fencing

During construction of the CSO storage tank, the contractor, Stellar J Corporation, scheduled a special day for two fifth-grade elementary classes. They set up a safe route for students to view the partially built tank before it was completed and buried for the next 60 years or more.  These students are among the few people that have seen with their own eyes what now operates unseen below the street surface. 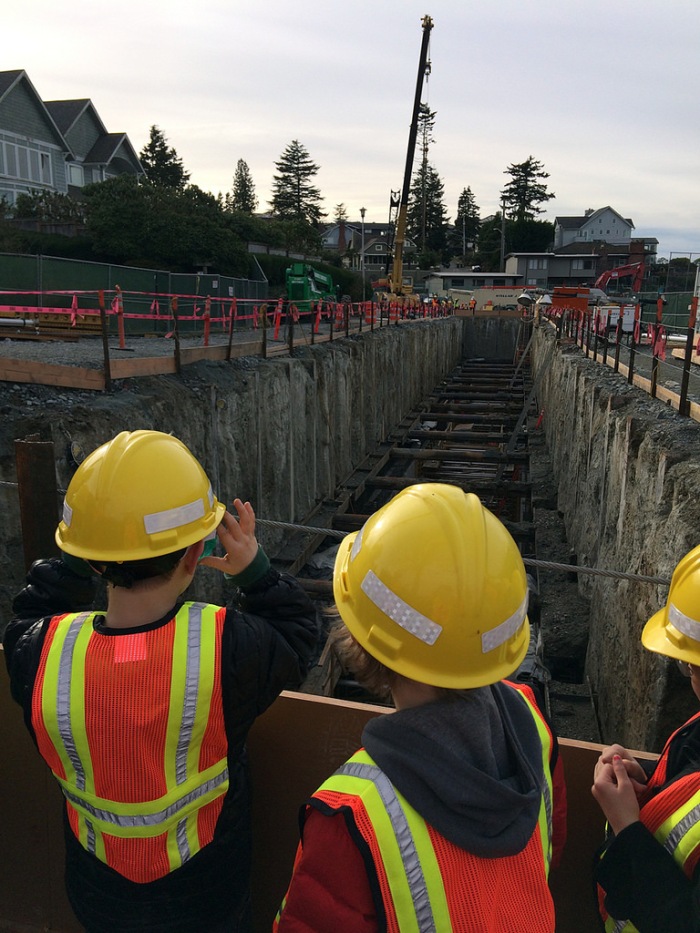 Construction is never easy for neighborhoods, whether it’s building homes, businesses, or utility infrastructure.  It’s enough to fray anyone’s nerves: the traffic impacts, the banging and clanging, the beeping of backup alarms, the merry-go-round of trucks hauling dirt and concrete and metal.  In North Beach, constructing a tank underneath the street meant closing an intersection for 16 months, and working close to homes, a park, and a beloved tree. Closing the intersection meant detouring pedestrians, bikes, cars, and a Metro bus route. What people could see and hear during almost two years of neighborhood construction will long be remembered.

As the facility completes its first year of service, what you don’t see makes all the difference.  Large storms in October 2016 lit up the CSO Status map across the City of Seattle, showing CSO facilities treating or discharging excess flows. Throughout a month that set rainfall records, the pin for North Beach remained green, indicating the storage facility was doing its job.

King County’s wet weather facilities aren’t expected to accommodate all sizes of storms. Compliance means one untreated CSO per year on a long term average.  During big, complex storms that can sweep back-to-back across the Pacific Ocean, carrying streams of moisture into our region, we still need outfalls as relief valves to prevent sewer backups in homes, streets, and parks. We just don’t want these relief valves opening up 23 times a year, as it did during 2014 in North Beach.

King County is committed to completing all CSO Control Projects by 2030, and coordinating with the City of Seattle as they achieve their goals. We reach out to communities to show people across the region how they can pitch in, disconnecting roof drains from the sewer system and installing rain gardens and cisterns to manage stormwater on their own property. We also encourage people to maintain their side sewers to keep stormwater out of the sewer system.

Wastewater treatment and over 40 years of CSO control efforts have improved waterways throughout the region. One day soon, our vibrant, verdant urban center will have even cleaner creeks, streams, lakes and marine waterways. Today, as autumn downpours send torrents into storm drains and sewer pipes, one unseen facility under the streets of North Beach is moving us one step closer to that vision. 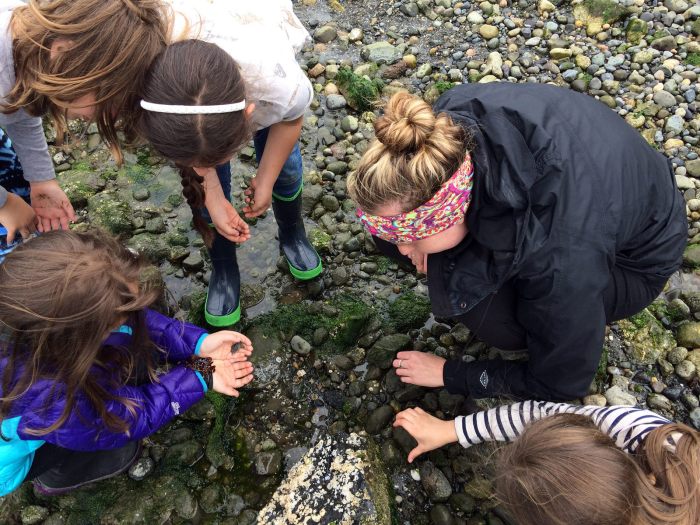 Street surface covers the tank that will work unseen for decades to protect Puget Sound.